On July 29 and August 3, 2018, two Freedom Flotilla boats heading peacefully towards Gaza to challenge the illegal Israeli blockade were attacked and hijacked by the Israeli Occupation Forces (IOF) navy in international waters.

Participants on board Al Awda (The Return) and Freedom were assaulted and robbed of personal property while in IOF custody. 114 boxes of medical supplies donated by Freedom Flotilla supporters world-wide and seized by the IOF are still unaccounted for and undelivered, despite our repeated attempts to press for accountability in Israeli courts. The boats themselves – gifts for one of our Palestinian partners in Gaza, the Union of Agricultural Work Committees  – remain in the occupier’s possession, the subject of lengthy court proceedings.  Our legal representatives in Israel were notified that during the night of February 22 this year, Al Awda  somehow sustained heavy damage and sunk to the height of the mast requiring it to be raised from the water with a crane. We are not sure how long it took the IOF to bring the boat to a drydock, but having let the boat sink in the first place is evidence of neglect by the custodian of an asset in dispute.

The IOF have been illegally seizing international solidarity boats for more than a decade, with few of them ever being delivered to their rightful owners. The IOF also hijack, damage, and steal Palestinian fishing boats from Gaza while attacking, injuring, and killing Palestinian fishers. Following a legal case led by NGOs Gisha and Adalah and Gaza-based Al Mezan Human Rights Center, the Israeli military was forced to begin returning boats seized from Palestinian fishers in Gaza, though these are often damaged beyond repair. There is as yet no accountability for the IOF navy’s harassment and attacks on Palestinian fishers from Gaza.

As we plan future Freedom Flotilla sailings in solidarity with Palestinians who are now facing a fourteenth year of the suffocating blockade, we continue the struggle for freedom of movement for all Palestinians, with particular focus on children and youth in Gaza. There are many ways you can help us in our work towards that goal. 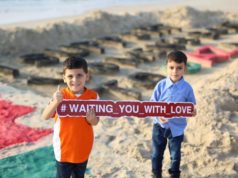