The Freedom Flotilla Coalition (FFC) remains deeply concerned about the dire humanitarian crisis in Gaza, the brutal killings of over 200 Palestinians and serious injuries of over 16,000 Palestinians by the Israeli Occupation Forces Palestinians during the Great March of Return, and the ongoing illegal blockade of Gaza. The United Nations has declared that Gaza is growing dangerously close to being totally uninhabitable. We demand the full freedom of movement for all Palestinians, full access to maritime resources for Palestinians and unconditional and permanent lifting of the blockade of Gaza. The Freedom Flotilla Coalition will sail until Palestine is free.

The Coalition, with participants from 10 campaigns, met in Rivas, Spain, November 9-11, 2018 to begin planning its next mission to break the illegal blockade of Gaza. This was the first face-to-face meeting of the Coalition since our Just Future for Palestine mission of May-July 2018. We continue to urge supporters to demand that Israel release the 114 boxes of medical supplies to our partner organization in Gaza (see statement here and sign our petition).

Participating in the meeting were representatives from Rumbo a Gaza (Spain), Ship to Gaza Norway, Ship to Gaza Sweden, US Boat to Gaza, Canadian Boat to Gaza, IHH (Turkey), International Committee for Breaking the Siege of Gaza, Kia Ora Gaza (New Zealand), MyCARE (Malaysia), as well as from South Africa, and a delegation from Portugal. 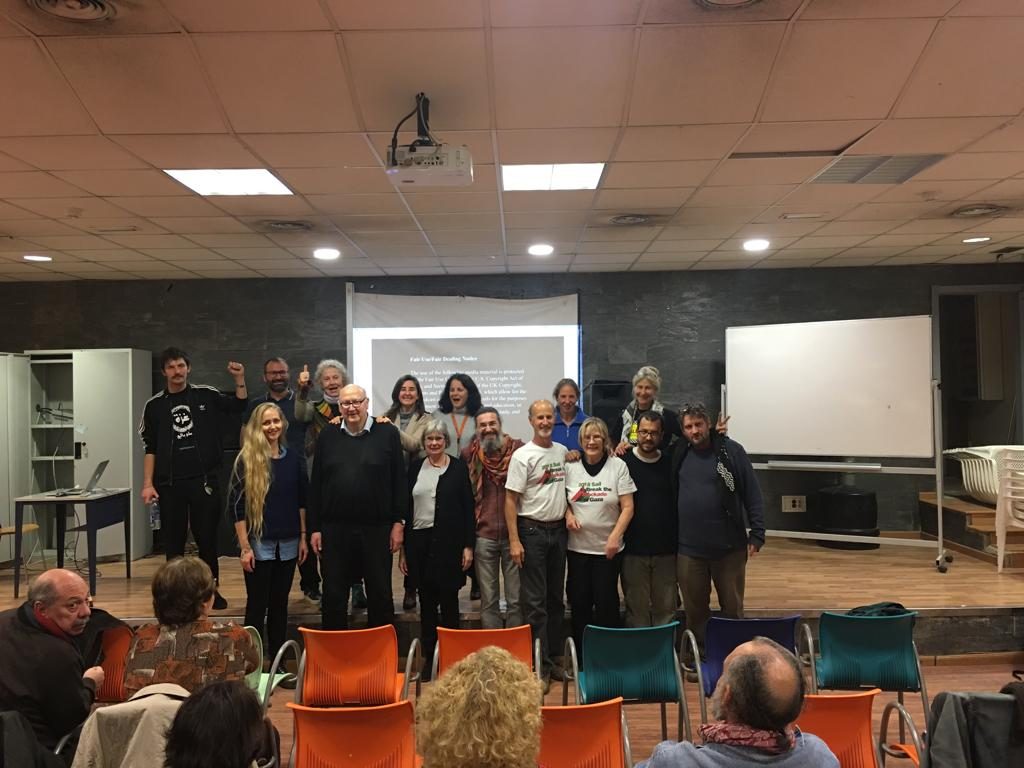 The FFC has adopted the following strategic plan focussing on children and youth in Gaza:

1.  The Freedom Flotilla Coalition will sail again to break the illegal blockade of Gaza, for which the planning has already begun.

2.  The FFC will hold an International Week of activities for Gaza in October 2019.

3.  FFC supporters will be invited to participate in many regional educational and awareness raising activities to get on board the Flotilla beginning very soon.