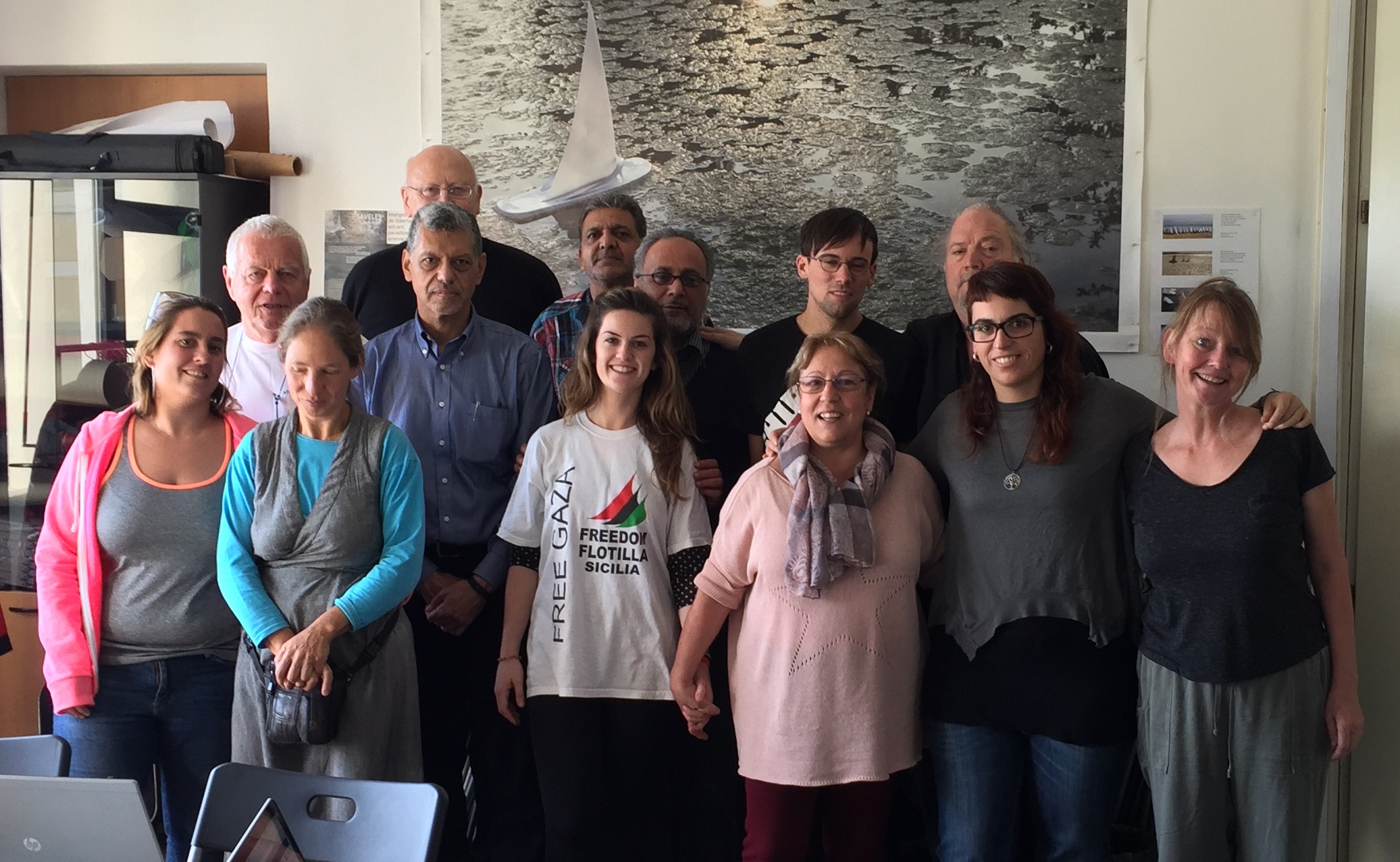 In light of the extremely deteriorated situation in Palestine, the Israeli oppression and the continued blockade of Gaza, the Freedom Flotilla Coalition (FFC) met in Barcelona to evaluate past actions and plan for future work.  The following strategic plan was adopted:

In the meeting, which took place on Saturday October 31st and Sunday November 1st, 2015 the following campaigns were represented:

This was the first FFC face to face meeting after Freedom Flotilla III, where the Marianne was captured, and all delegates on board detained, by the Israeli occupation forces.

FFC has, and will continue to, focus its work on actively challenging the blockade of Gaza, call upon and pressure governments worldwide to take action against this illegal blockade and at the same time supports various forms of non violent struggle adopted by the Palestinian people against oppression and injustice.

We will continue our work until the blockade of Gaza is lifted, occupation comes to an end and all just rights of the Palestinian people are restored.