For the Children of Gaza: a message of hope and solidarity in 2021

For the Children of Gaza (FCG) is a Freedom Flotilla Coalition  initiative. By launching a boat focused on the children of Gaza, our mission is to highlight the consequences for this vulnerable sector of the inhuman actions taken by Israel, backed by the United States and other countries. 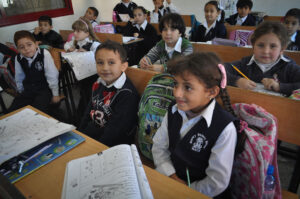 With over 50% of Gaza’s population of over 2 million being children and minors, the blockade as ongoing collective punishment of the civil population targets mostly the innocent, robbing them of their childhood; their rights to safety, education, and health; and their prospects for a decent future.

A July 2017 United Nations Country Team reported that an 11 year-old child has not experienced more than 12 hours of electricity in a single day in his/her lifetime; it increased to an average of 12 hours per day in 2019. No one remembers a time in recent memory when drinkable water reliably appeared out of the tap. Memories of ease of movement in and out of the Strip are also increasingly distant.

With the recent Great March of Return, children are also shot, injured and killed. Their freedom of movement limits their access to medical care. The more lethal “tear gas” acts as a nerve agent harming children’s nervous systems. 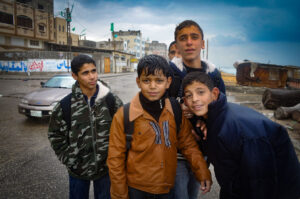 Gaza has been under Israeli blockade for the past decade, during which time Israel has also launched countless attacks against the besieged population, turning their life into a nightmare and a continuous struggle. Through Freedom Flotillas and other maritime missions, we have brought international attention to their suffering and their resistance.

The FCG mission seeks not only to challenge the Israeli blockade, but to also show solidarity and bring a message of hope to the Palestinian people. With the support of people and organizations from around the world, we will make this happen.

In 2021 we sail again to challenge the blockade and to demand an end to our governments’ complicity with Israel’s war crimes and violation of human rights.