Freedom Flotilla Coalition
Home News It is time for the ICC to finally open the investigation on... 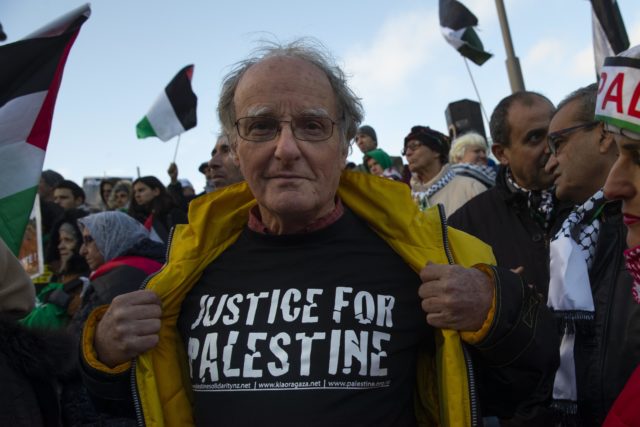 Raji Sourani, Principal Counsel and Legal Representative of Victims before the ICC, Director of the Palestinian Center for Human Rights, Gaza, Palestine.

It took the ICC Prosecutor five years to conclude her preliminary examination on the ​Situation in Palestine​, which found “a reasonable basis” to believe that “war crimes have been or are being committed in the West Bank, including East Jerusalem, and the Gaza Strip” and thus to initiate an investigation. Her statement on ​20th December 2019 was met with widespread enthusiasm by victims and human rights organizations – but the sighs of relief came too soon.
The Prosecutor found that the standard of proof for the commission of war crimes was met, and that opening the investigation was appropriate and in the interest of justice; nevertheless, instead of proceeding, she sought a confirmation on the scope of the Court’s territorial jurisdiction from the Pre-Trial Chamber. She asked the Chamber to take a decision within 120 days. Nearly a year later, victims are still waiting for that decision, and remain in limbo.

As a Palestinian lawyer in Gaza for four decades, I have spent thirty years representing victims of war crimes and crimes against humanity across the occupied Palestinian territory. Now that I represent the Gaza victims before the ICC, our last resort to ensure the most serious crimes of concern to the international community as a whole do not go unpunished, I am frustrated by the Court’s painfully slow progress. It is true that international criminal proceedings are typically longer that domestic justice, but it is hard to understand why the substantive investigations into the crimes committed in Palestine have not commenced – despite the evidence uncovered in the Prosecutor’s preliminary examination.

The Prosecutor’s decision to ask the Pre-Trial Chamber to confirm territorial jurisdiction in Palestine and consequent delays risk jeopardizing the effectiveness of the investigation, instead of reinforcing it to deliver justice for the victims. This extra time has played into the hands of certain political actors attempting to detract from the seriousness of the Court’s preliminary findings of war crimes. Most notably, the Israeli Ministry of Foreign Affairs immediately published a​ position paper that tried to divert the focus away from the seriousness of the victims’ accounts, and towards the old question: is Palestine even a State? This political interference champions a legal and moral absurdity: there can be no victims of war crimes in Palestine if Palestine is not a State.

To inform the Chamber’s understanding of the “complexity and novelty” of the Prosecutor’s request, 43 ​ amici curiae legal opinions were submitted from third States, international organizations, academics and civil society. Most submissions did not limit themselves to the technical question of territorial jurisdiction, as requested, but interpreted this moment as an opportunity to make claims about the statehood of Palestine, the legitimacy of the proceedings, and their political appropriateness. The deadline for submissions set by the Pre Trial Chamber on 16 March 2020 was applied strictly: those who filed few hours late were excluded. The Court’s haste in March, however, was not matched by the timely delivery of its judgment.

The politicization of this case engulfed the ICC proceedings from the very beginning, echoing the fate of previous attempts to seek redress for international law violations in Palestine through ​legal
mechanisms and forums. The Court has been the victim of a legitimization campaign, ranging from accusations of taking a political stand, to espousing antisemitic positions. Reaffirming its
unwavering support to Israel, the US took radical steps to reject ICC authority over its citizens and territory, suspended visas to ICC personnel and their families, opposed the Palestine investigation and ​ “any other action that seeks to target Israel unfairly”​. Secretary Pompeo repeatedly referred to
the Court as an ​embarrassing​, political, renegade, unlawful, “so-called” court and a “vehicle for political vendettas”​, ​ “masquerading itself as a legal body”​. In order to shield U.S. and Israeli nationals who committed war crimes, President Trump even issued an ​executive order ​to impose on the Prosecutor and ICC investigators sanctions generally reserved for drug lords and
terrorists. ​Commentators doubt that the new US President-elect will be willing and able to reverse such course of action and hostility towards international justice.

Confronted by the deluge of politically-motivated accusations, the ICC need not sink to the level of its detractors; its founding treaty, the Rome Statute, requires the Court to stand for ​justice,
“determined to put an end to impunity for the perpetrators” of international crimes – as its Preamble affirms. This is the only valid approach: the question before the Court is a strictly legal one. As
such, in concluding her preliminary examination satisfactorily, the Prosecutor could have opened the investigation directly – there was no legal requirement to submit a request to clarify the
territorial jurisdiction of the Court. Her request, therefore, has brought a heated political debate into the courtroom; resolving it once and for all, at the preliminary stage of the proceedings, will avoid incertitude and more unbearable delays in the decision.