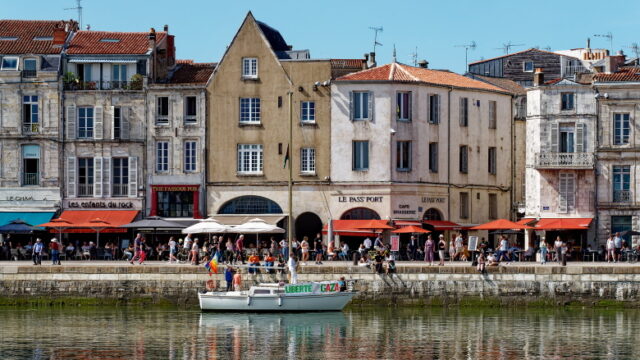 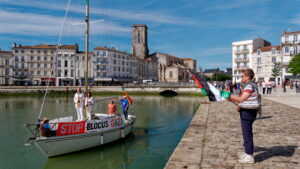 Our action was intended to highlight the Gaza blockade locals and tourists as they were enjoying La Rochelle’s old port and to share the event with the people of Gaza. We think it is important to show them the solidarity of people around the World…. including in La Rochelle, a harbor which suffered many blockades four centuries ago. 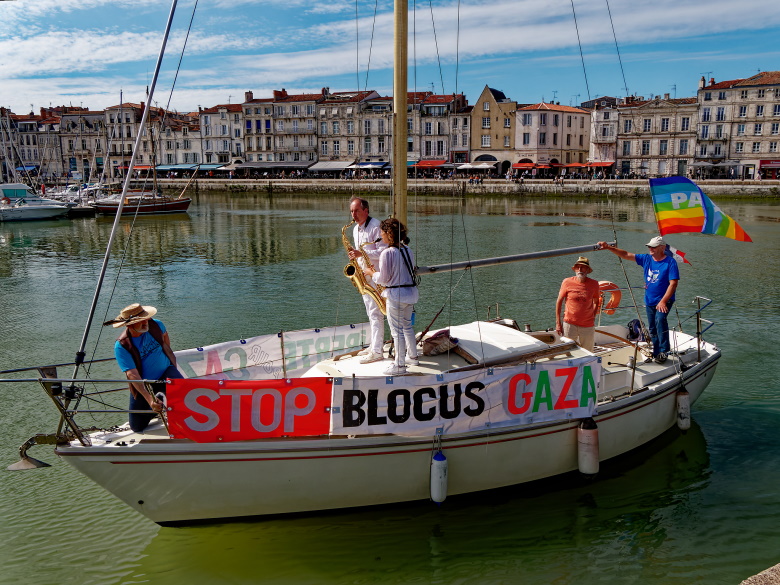 On June 1st we powered into France’s largest tourism harbor on the Atlantic Ocean. The boat circled the old historic harbor, the tourist center of our town for approximately one hour while saxophonists on the boat and an orchestra on the wharf were attracting attention.

The boat was decorated with large banners “End the Blockade of Gaza.” On the wharf there were banners and posters explaining the situation in Gaza as well as speeches during the music breaks.

That evening we hosted an event where a member of AFPS who had just returned from Gaza a couple of weeks prior spoke. 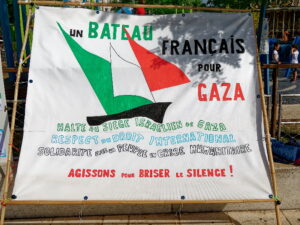 Donations were collected during the day and they will be sent to Alfaluna CETC in Gaza (a center for psychological support for children). 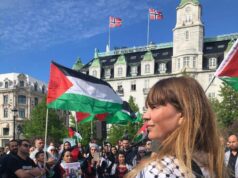