Gaza Freedom Flotilla supporter and participant, 88-year-old Barbara Briggs-Letson passed on August 17 with her family and friends by her side. Barbara had a long history with the Gaza Freedom Flotilla. She was a key ground crew member in 2011 with the #US Boat to Gaza Audacity of Hope in Athens. In 2016, she was on the ground crew for the Women’s Boat to Gaza in Barcelona. In 2018, she traveled for two months visiting 20 ports as ground crew for Al Awda and was the nurse on the leg of the voyage from La Rochelle, France, to Gijón, Spain. 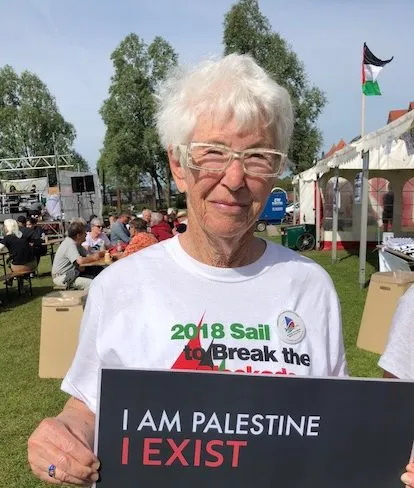 Barbara was a longtime supporter of Palestinian rights. She had been to Gaza in 2009 as a part of a CODEPINK delegation for International Women’s Day, in another delegation in May/June 2009, in 2012 as a part of an emergency delegation after another Israeli attack on Gaza and in 2014 as part of an international delegation of 100 women whom Egyptian authorities refused entry into Gaza. She wrote:

“I have visited in both Gaza and Palestine/Israel and thus, have glimpsed life there. It is not human. To nonviolently change this reality is something worth working for, working hard for. At 55 I went to nursing school and once I had my RN and training as a lay midwife, went with my husband, to volunteer for four years in the countryside of Guatemala, then Honduras. Life was/is hard there, but nothing like Gaza. I feel the injustice and pain in my gut.”

“When I visited Gaza,, I walked into the port as the sun rose and fishermen returned from a night of fishing. I was curious and a curiosity. We did not exchange words and I wandered, stopping at boats, looking at their catch. One boat with two or three quiet men, a few spaces down the harbor, another boat. Each had a box maybe 18”x18” and each box held enough small fish to leave spaces between them as they lay in the bottom of those boxes. It was a night’s work yet not even a meal. That memory is the reason I’m on the Al Awda today. Gaza was not and is not a human place.” 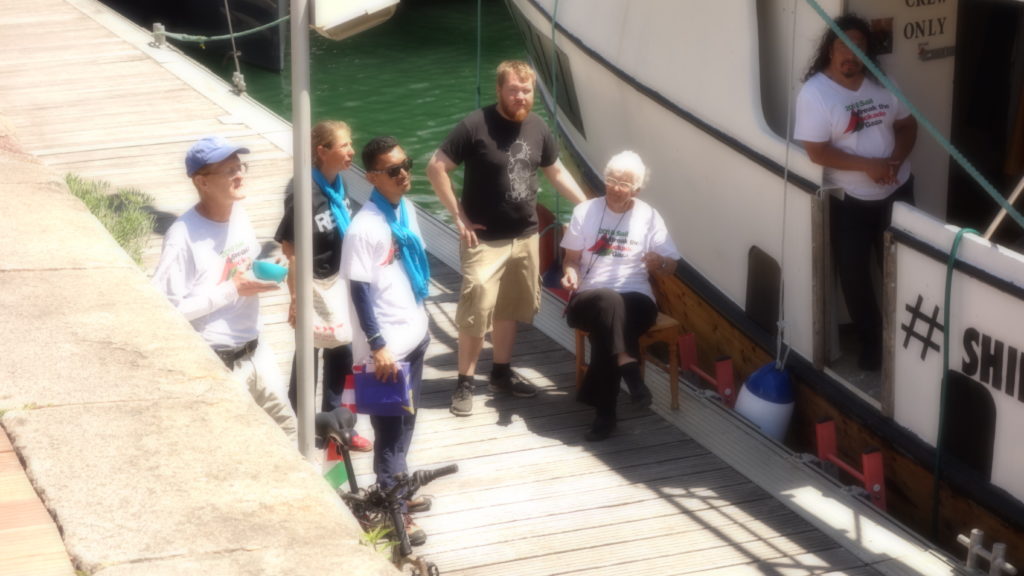 When not working with US Boats to Gaza and the Gaza Freedom Flotilla, Barbara protested Israeli and US assassin #drones. She joined protests at Creech Drone Base, Nevada; Beale Air Force Base, California; and on delegations to Pakistan and Germany. Barbara created a book of the names of children killed by US assassin drones. The pages of the book unfolded to circle a room with the names of the children in Afghanistan, Pakistan and Yemen that US assassin drones had killed. The book was used in meetings with members of the German Parliament to urge members to vote against weaponizing that country’s drones.

For a CODEPINK: Women for Peace delegation to #Iran in 2019, Barbara created a book of the names of those on the commercial airliner Iranian Air flight 655 who perished on July 3, 1988, when the US naval destroyer Vincennes shot down the aircraft as it left Iran on a scheduled flight on a scheduled route, killing all 290 onboard, for which the US has never apologized. Barbara presented the book to the Foreign Minister of Iran, who asked that it be kept at the Tehran Peace Museum. Barbara gave the book with the names written in Farsi to Tehran Peace Museum Director Taghipour and the Peace Education Department’s Yalda Khosravi. The book still resides at the Peace Museum in Tehran as a testament to the importance of citizen-to-citizen diplomacy.

In 2022, in Barbara’s last six months, she continued her busy activist life on delegations to Tucson, Arizona, for the “All the Walls Must Fall” conference linking struggles on the Mexican border and in Palestine; 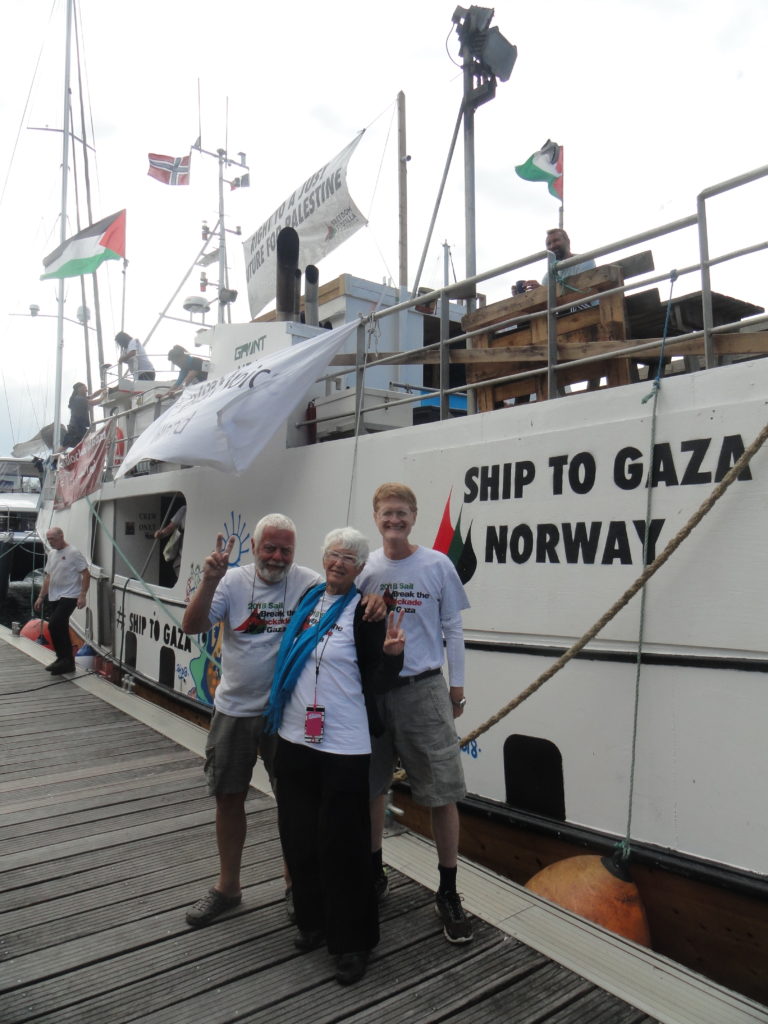 to Washington, DC, for the Poor People’s Campaign (be sure to watch the excellent video); and to Guantánamo, Cuba, for the conference on the Abolition of Foreign Military Bases.

We will miss Barbara’s smile, spirit, love, and stand for justice and humanity!