On Land Day, March 30, thousands of peaceful, hopeful and unarmed Palestinian women, men and children gathered at the borders of Gaza for the Great March of Return. Initial reports indicate that at least 16 Palestinian people have been killed, and more than 1,400 were injured as a result of the Israeli Occupation Forces firing into crowds with live ammunition and tear gas.

This peaceful, non-partisan event occurs yearly on March 30 to highlight an injustice that Palestinians experience every day: the loss of their land to an illegal, colonial occupation.  In the tradition of Gandhi and Martin Luther King Jr, Palestinians non-violently placed their bodies on their own land in an attempt to correct a grave injustice and were met with sniper fire. 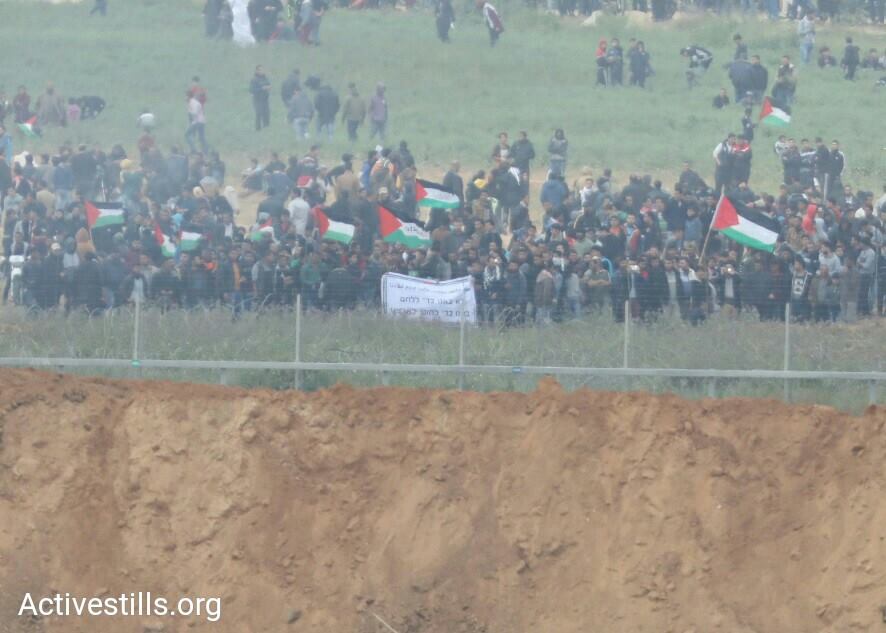 In UN Resolution 194 (1948), The United Nations General Assembly clearly resolved that “refugees wishing to return to their homes and live at peace with their neighbours should be permitted to do so at the earliest practicable date.”

Palestinian civil society plans to continue its peaceful actions each day , until May 15, the day Palestinians mourn the Nakba (Catastrophe) and the day that the US Government plans to move its embassy to Al-Quds/Jerusalem.

The Freedom Flotilla Coalition, made up of civil society organizations in 14 countries, condemns the Israeli Government’s slaughter of Palestinian people, who were exercising their legal right of protest to be free of illegal occupation, and the universal right of freedom of movement. Once again the Israeli Occupation Forces (IOF) have shown their disregard for human life : they must not be allowed to do so with impunity. Those responsible for these war crimes must face justice.

In Canada, call your MP (you can search by postal code if you don\’t know your Federal electoral district):  https://www.ourcommons.ca/Parliamentarians/en/members?view=List

and DEMAND that they press the Canadian government to protest vigorously these unjustifiable killings, call for IOF snipers and those who gave them their orders to be held responsible internationally, and to demand that Israel respect the freedom of movement of all Palestinians.

In England, Scotland, Wales and Northern Ireland, you can use this tool to help you send a message:
https://palestinecampaign.iparlsetup.com/lobby/land-day

It is important to name those killed by the Israeli Occupation Forces on Friday. They are not anonymous \”casualty figures\”, they are young people with family and friends, people who had a future, but put it on the line for Palestine and for freedom of movement. We encourage you to remember the following names when you contact politicians demanding action.

The FFC will sail as long as the occupation and the blockade continue, demanding the end of world governments complicity with these violations of human rights.