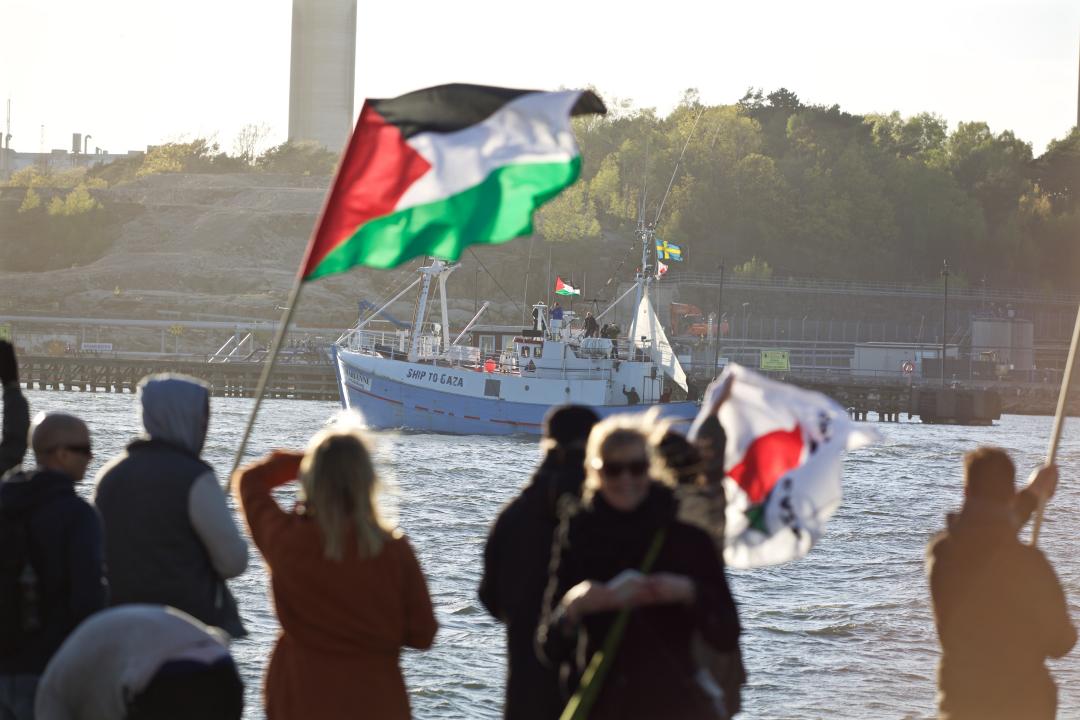 Marianne of Gothenburg will leave her home port at 7 pm on the 10 of May. The trawler, which has been acquired by Ship to Gaza Sweden and Ship to Gaza Norway jointly, departs for a voyage of almost 5000 nautical miles to eastern Mediterranean and the blockaded Gaza Strip.

Marianne will join other ships and together they will form the \”Freedom Flotilla III\” in order to perform a peaceful, nonviolent action to break the illegal and inhumane blockade of the Gaza Strip.

In passing Marianne will call at European ports for manifestations against the blockade. The First three ports will be Helsingborg, Malmö and Copenhagen. The subsequent ports will be announced in press releases.

Cargo
Marianne is not a cargo-ship, but she will bring a limited cargo of, among other things, solar cell panels and medical equipment.

The solar cell panels are a gift from ETC-El. In the blockaded Gaza Strip, where the infrastructure has been demolished, solar cells will thus provide an opportunity to independent local production of clean energy. The sun can not be blockaded.

Delegates
In addition to a crew of five people, Marianne will have up to eight delegates as passengers in each section of the route. The names of these individuals  will be announced as time progress. In the first section are among others: