Around 10 pm Friday, Ship to Gaza’s trawler Marianne of Gothenburg left the port of Messina at the east coast of Sicilia and sailed out on to the Ionian sea through the strait of Messina.

During the coming week Marianne will meet up with the other boats who are part of Freedom Flottila III. Together they will try to break the illegal blockade on Gaza through a peaceful non-violent action. The short stop in Messina was an intensive one with meetings with peace activists and a press conference at the city hall with the mayor of Messina, the famous corruption fighter enemy Renato Accorinti. 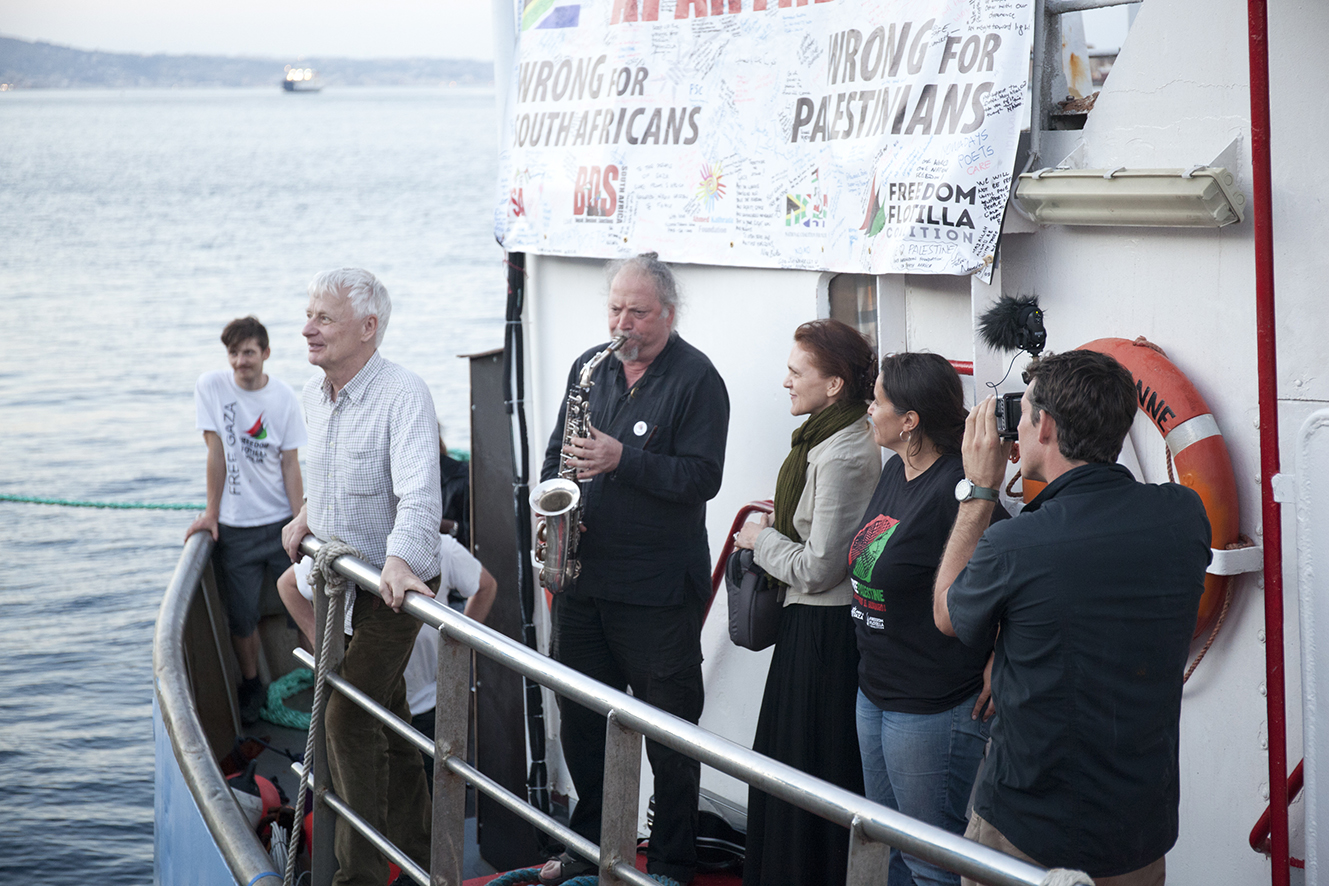 On board at Marianne, to participate in this action, you will find:

The following journalists will be attending: